Would you sell a mini-fridge out of a McLaren? 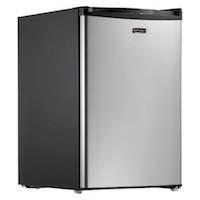 Sometime ago my team and I were looking for our first dedicated office space for Stylekick. Up until then, we’d been lucky enough to score a fairly subsidized spot on Queen West in Toronto. Sometimes, good things come to an end. Our hosts, the very hospitable Highline ventures, gave us notice that we had gotten just a little to big for the space and we got the gentle boot.

At this point, we were still pretty cash-strapped, and the founding team hadn’t been taking salary for some time. In fact, only a few weeks earlier, before we closed smallish round of funding, we had only $54 in the bank with $20K in payroll coming up. During interesting times, we went out looking for a deal on a new space.

In finding this place, I was lucky enough to know the CEO of another tech startup in Toronto who had just raised a meaningful amount of money. Their team decided they needed to level-up to a much fancier office (generally not a great idea so early), and an opportunity to sublease presented itself.

The CEO of this other tech company is someone you would probably classify as a baller, shot-caller.

So we negotiate rent, and all is well and good. I arrange for rent cheques to be picked up on Queen West outside of Highline late afternoon. Baller-CEO shows up and parks out front of Highline in a brand-new McLaren.

Earlier that day, in a display of shameful behaviour and in light of a dwindling bank account, I had shafted the TTC of $1.50 to get to work.

Rent cheques are exchanged, and I’m about to be on my way when Baller-CEO says “Hey Bud - I’ve got a mini-fridge here, great condition, you can have it for $60 bucks … it’s awesome”. The guy had literally just offered to sell me a used fridge out of a McLaren and the irony of such an exchange was completely lost on him.

To me this was the epitome of “always be closing”. As much as I abhor ostentatious shows of wealth, the exchange left me smiling and a bit confused. How exactly would one get into that frame of mind? Was this socio-economic myopia, or an advantage? Should I be more like that?